It's confusing these days -- on being transgendered in a digital world 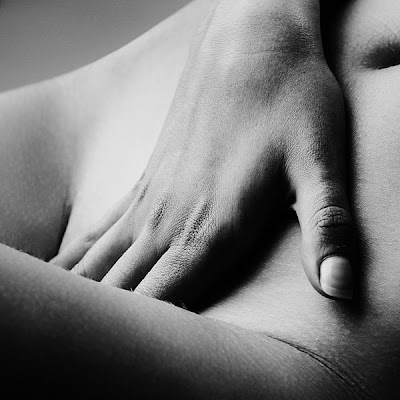 A small time-out from the erotica, dear reader. If you are looking for steaming sex, skip over to the next post!

I found an article that might be of interest to you in the Norwegian magazine Hubro.

Assistant Professor Norman Anderssen at the University of Bergen in Norway argues that there are a large number of sexualities in a country where homosexuality is becoming something normal.

Still, Norwegians still find it hard to relate to transexuality.

Researcher Hilde Danielsen argues that "Heterosexuality is the norm for public policy, and the norm other forms of sexuality is measured up against."

"At the same time there is a struggle to be sufficiently 'heteronormal', that is of fitting within the changing borders of what is considered suitable heterosexuality."

Much research on sexuality is now based on the gender theories of Judith Butler.

She argues that there is no "being", just "doing". She argues that we do not have some mysterious inner core or essence that is waiting to become real, neither as a man nor a woman.

The consequence of this is that sexual identity and lust does not automatically follow from your sex. If you are a woman, and are dressing and behaving "masculinely", you may still be attracted to men.

There is no automatic correlation between your sex at birth and the way you "create" your gender, Hilde Danielsen says. In other words: Gender (as opposed to biological sex) is a social construct.

The researcher Marie Vaula Rasmussen argues that there is an increasing awareness of the heterogeneity of human life, and more tolerance among people. She points to the Argentinian movie XXY, about the hermaphrodite teenager Alex. Such a movie would not have become popular a few years ago, she argues.

Nevertheless, another Norwegian researcher, Fredrik Langeland, argues that there also are conservative trends. The masculine "closed" ideal is becoming more popular, according to him.

I have come to believe that the traditional dichotomy of the genders not only is a social construct (although one strongly influenced by biology), it is also a historical construct.

Our view of sex and gender is partly shaped by modern science, which is reductionist in nature. It loves to categorize phenomena in mutually excluding categories.

The ultimate example of this is computer science. Everything is reduced to a string of 1's (the phallic male number) and 0's (the vagina of the female). This fits well with a heterosexual agenda: Correct sex is 1 enters 0 (1+0). 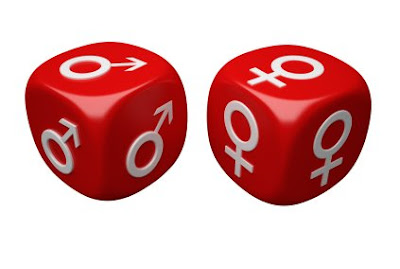 And yes, even some transexuals embrace this model. A M2F transexual is, according to this view, a 0 trapped in a 1 body.

I am not blaming them. This is the language that gives results; in this case a sex change operation.

This way of thinking also fits well with fundamentalist religious thinking, especially in religions like Islam, Zoroastrianism and Judaism, but also in many strands of Christianity and Hinduism, where the idea of purity and righteous behavior is coupled with legalistic systems sorting the world into do's and don't's.

But what if there are no zeros and ones, but a large number of dimensions?

Maybe I am 0.89 on the active-aggressive/passive-submissive scale, 0.67 on the extrovert/introvert scale, 0.12 on the "I love cushions"/"Can't seem to notice green plants" scale and so on.

In my fantasies I may love women as a man, and desire men as a woman.

The interesting things is, that it was easier to explain such phenomena in the pre-modern world.

In the Renaissance human psychology was seen as the end result of a large number of fluid factors, like the mixture of the four elements (masculine fire and air, and feminine water and earth, corresponding to the bodily fluids yellow bile, phlegm, black bile and blood), astral influences from the masculine and feminine star signs of the zodiac and so on.

I am not saying that astrology makes sense anymore (it does not to me), but the basic understanding of the analog -- as opposed to digital -- nature of man appeals to me.

Moreover, the old view accepted both that both biological and spiritual phenomena took part in the mix that constitutes a human being. Today I guess we could say that a person's gender identity and sexual drives could be caused by both genes and upbringing.

By all means, add a comment if you have any opinion in these matters! The fact that you are reading my blog means that you must have struggled with your identity one time or the other.

And yes, the headline is from the David Bowie/Pet Shop Boys' song Spaceboy: