I am a bit of a fan of the Supernatural TV series. At least from season 2 onwards. I thought I might explore a supernatural universe filled with demons and strange magic.

I found some amazing pictures of newcomer Shae Summers over at Reality Kings, and bit by bit the story about Frank, the shy guy who became a female demon hunter came to life.

This a long two parter -- a photo novel of sorts. Don't read it all in one go!

If you want the epub version click here or here!

Guest Cap: Waking up from a dream

Here is a guest TG comic I got from the good people over at Amazing Transformation Comics: 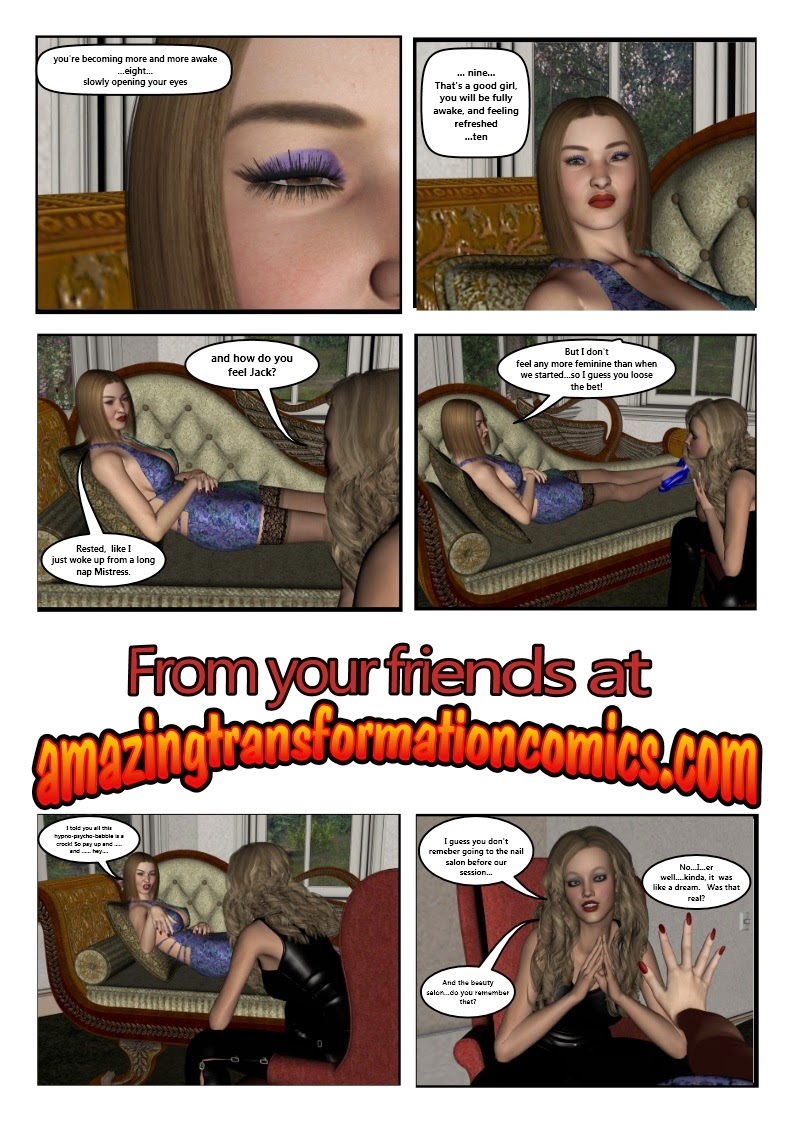 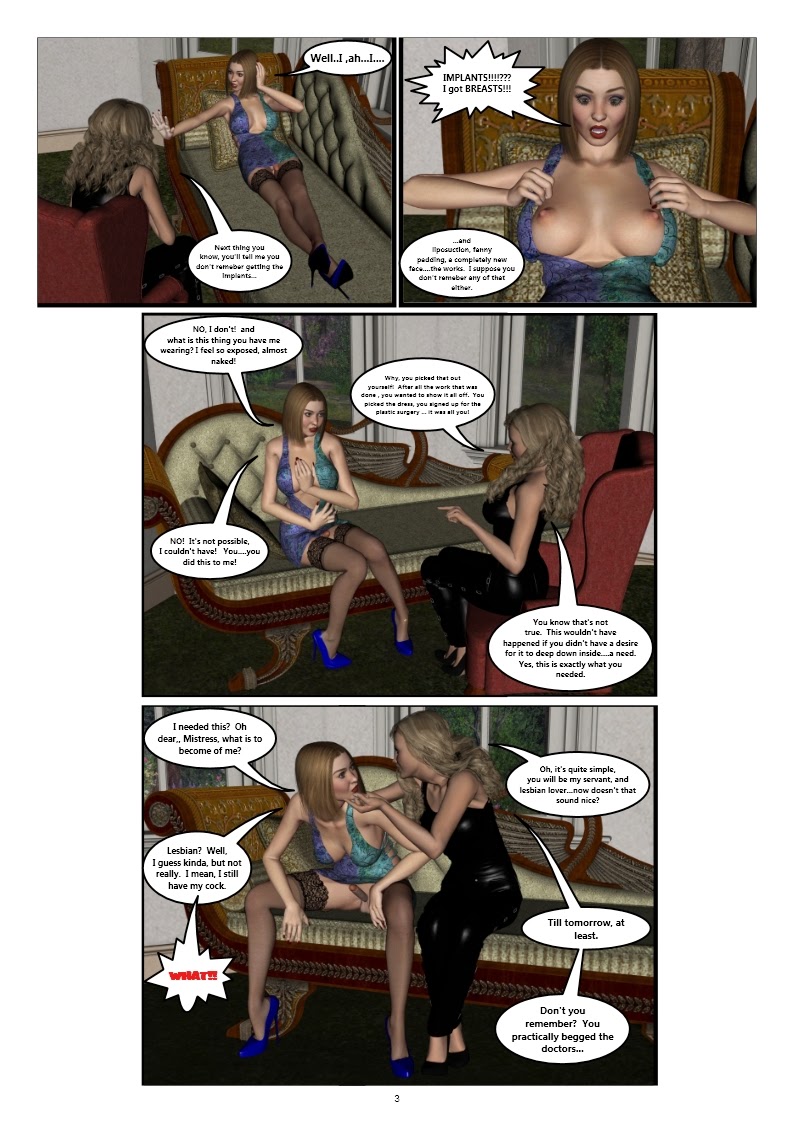 Inspired by the pin-up universe, a mini-cap for you. 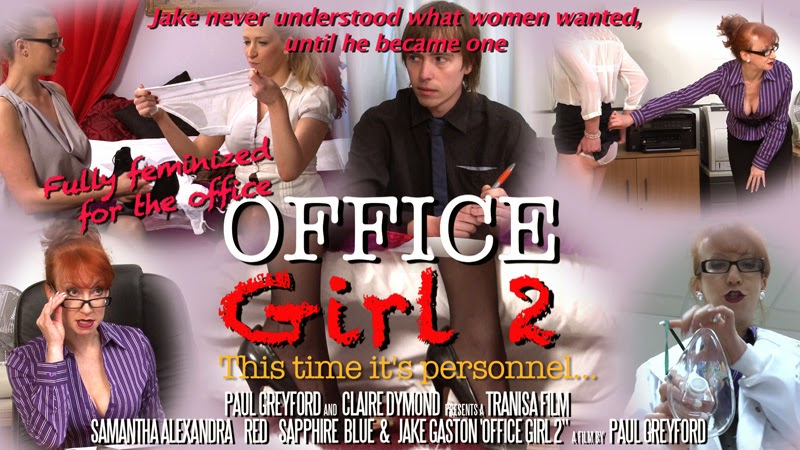 Dawns gave me this wonderful cap over at Rachel's Haven.

You can read more of her caps over at her Blogger blog!

I guess it was their anniversary or something.

Butterfly Hill is a hidden town, found only by those drawn til it. It lies in Nevada somewhere, but does not appear on maps or satellite images. And everyone who appears in Butterfly Hill is changed for life, if he or she sleeps there.

In this episode a man finds himself lost on the Nevada roads, finally arriving in Butterfly Hill, A girl in the drug store gives him a strange warning.

This is a free standing episode from the Butterfly universe, and not part of any of the longer stories.

I am remixing images from several videos made by Reality Kings here. You can see the original movies over there. But please note that my stories are not even remotely similar to the RKscripts ;)

You can download the full screen PDF from Mega or Box.


Click here for all the Butterfly Hill posts in reversed order!

Yes, it is time for another caption remix. As always there are a lot of previously unpublished photos!

If you are using a tablet or iPad, you might want to read it over at Slideshare.

You may want to take a look at Amazing Transformation Comics , a new online story devoted to comics in the realm of TG transformations, sissyfication, feminization and shemales.

Most of the comics are digital art, but there are also some hand drawn stories. 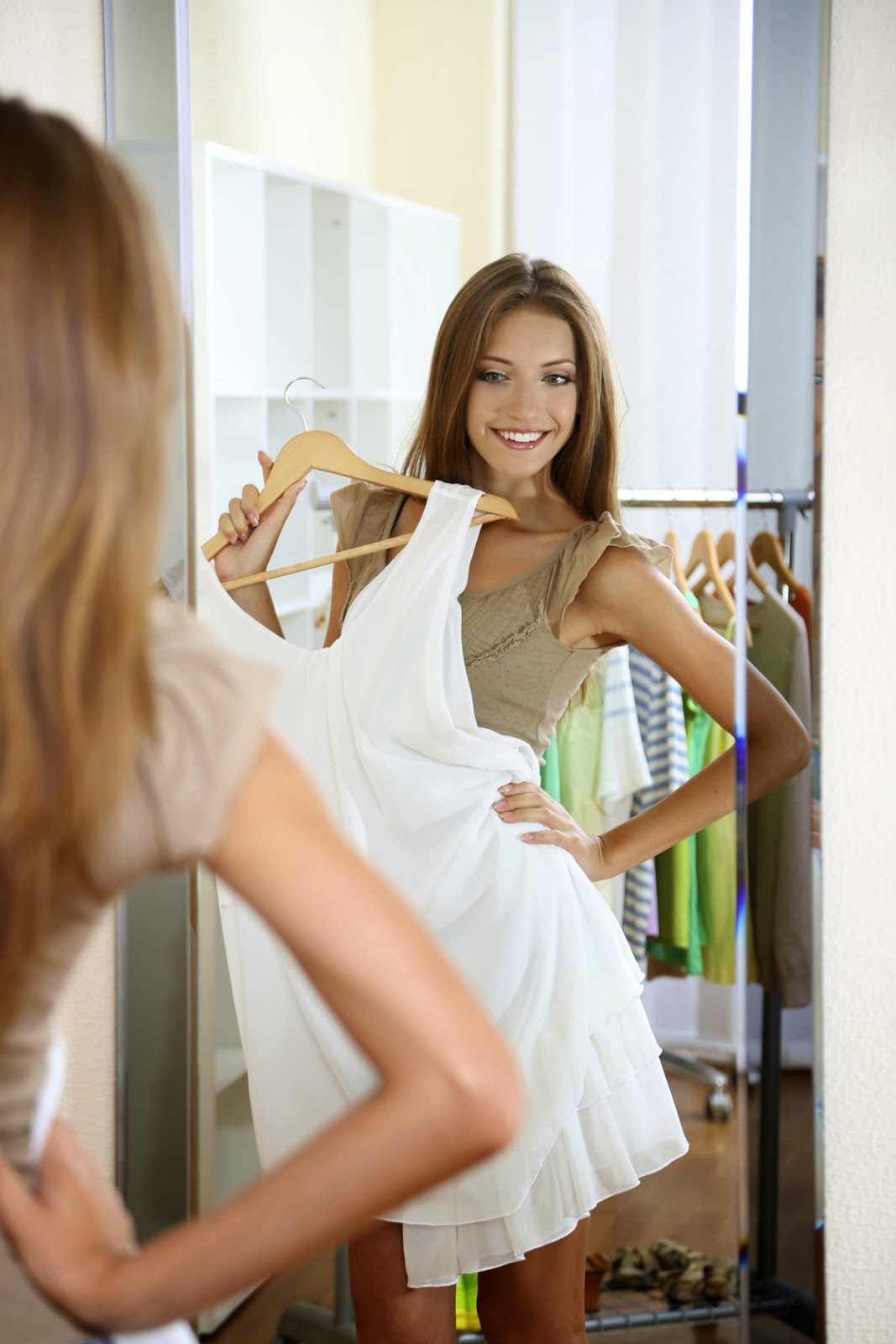 What did you just do?

Those of you who read The Other Side of Your Soulwill be better prepared.

You never know what you get on the Internet.