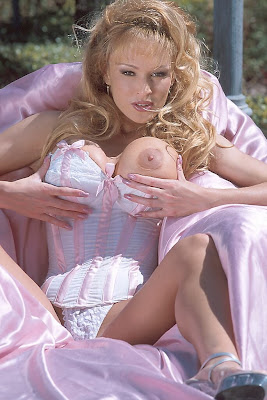 You don't say no to the Queen. Not if you are British nobility. It just isn't done.
Charles hadn't much to lose anyway, not since his father married that horrible woman, his stepmother, the new Countess of Qoch-upon-Slitteh.
Misarella was her name, an Italian TV star totally obsessed with  celebrities and royalty, absolutely committed  to one and only one task: To get one of her daughters married to the next Crown Prince.
Isabella and Maria were like their mother, beautiful, cunning and totally ruthless. Charles had been grounded for three months now -- for reading the New Scientist -- and his father didn't even dare to protest.
The Queen knew her son, and feared that he would fall for one of the two gold diggers, so when the royal ball came up she sent Lady Smythe-fforbes  to Charles with her "request".
She was Charles' godmother, descended from fairy stock from Wales, and one of the most powerful witches in the United Kingdom. She turned Charles's bike into a limo and his suit into a beautiful dress.
Before he had the chance to protest, two tantalizing globes of flesh had appeared on his chest. Blond hair cascaded down his shoulders and a soft slit had replaced his pride and joy.  Not that he dared to check.
There were no noisy squirrels and tailoring birds, though. Thank God for small favors!
The problem was, it was kind of fun. Charles was a timid kind of guy, and now he suddenly found himself the sexy centre of attention.
The Prince noticed "Cindy" immediately. No wonder, really, as she was modeled on the basis of his secret sexual fantasies.  The prince didn't even look at Isabelle and Maria. Since then Cindy and the Prince had been together every single day. 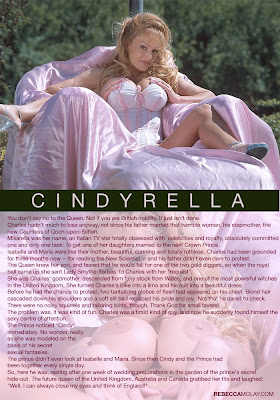 So, here he was, resting after one week of wedding preparations in the garden of the prince's secret hide-out.
The future queen of the United Kingdom, Australia and Canada grabbed her tits and laughed: "Well, I can always close my eyes and think of England!"