New films from Tranisa. Question: What stories would you like to see? 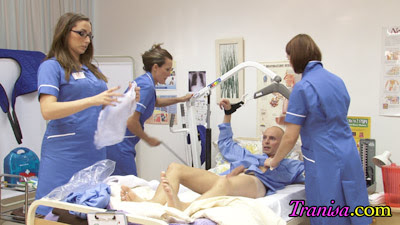 My good friends over at Tranisa have made some new transgender and feminizaton videos.

One of the more popular ones right now, they tell me, is the one with the regression theme.

"The nurses have had enough of their American patient who is having a temper tantrum and decide if he is going to act like a baby girl they will dress him as one complete with nappy and plastic pants. A sedative injection is administered and he is forced to admit he is a baby girl and is happy in his sheer nightie and tight nappy."

There are also some more traditional stories, like the one about the boss who is caught watching his favorite crossdresser web site ("Office Blackmail") and "the Panty Thief", who is punished by being dressed up as a woman and left outside under humiliating circumstances.

What would you want?

Here is a question for you: What kind of fantasies would you like to see made into a Tranisa film? Remember, they are strictly soft core, and there are certain limits to their CGI budget, but they will read whatever you suggest here.

Here is a trailer for another story:

Published with the permission of Tranisa.