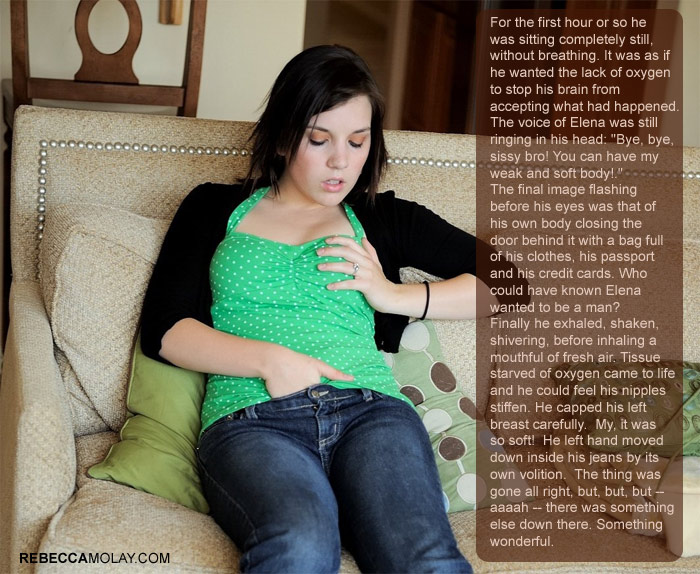 For the first hour or so he was sitting completely still, without breathing. It was as if he wanted the lack of oxygen to stop his brain from accepting what had happened.

The voice of Elena was still ringing in his head: "Bye, bye, sissy bro! You can have my weak and soft body. I am going out to conquer the world."

The final image flashing before his eyes was that of his own body closing the door behind it with a bag full of his clothes, his passport and his credit cards.

Who could have known Elena wanted to be a man? Moreover, where had she learned witchraft like that?

Finally he exhaled, shaken, shivering, before inhaling a mouthful of fresh air. Tissue starved of oxygen came to life and he could feel his nipples stiffen.

He capped his left breast carefully.  My, it was so soft!  He left hand moved down inside his jeans by its own volition.  The thing was gone all right, but, but, but -- aaaah -- there was something else down there. Something wonderful.

Thanks to Transformation Media for the wonderful picture from FTV.
Lagt inn av Xandra kl. 6:35 AM