Alexia over at Rachel's Haven has caught on to my interest for ancient mythology. After all, the Goddess of Inanna and her sisterhood, takes part in several of my stories.

Alexia has given me a series of caps featuring another incarnation of Inanna, namely her Greek counterpart Artemis (known as Diana among the Romans). This is actually a very clever variation of the original myth. 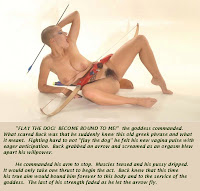 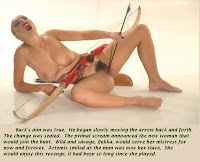