It's in the Jeans - another taste 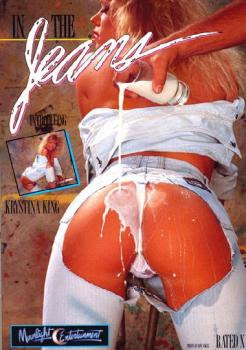 Since I wrote a post about the 1990's porn body swap movie It's in the Jeans, many of you have asked where you can buy it. I am not going to post illegal links here, but it seems the DVD is no longer available.
I have found one link to a pay site (hopefully legal) that will let you watch it. Here's an alternative. Let me know if these are crap.
The movie was made by Scotty Fox and the body swap is between Tracey Adams and Randy Spears, who are playing a couple that get access to a magic monkey's paw.
She makes the wish that makes them switch bodies. This is followed by a lot of sex and a chase after a thief that steals the paw away from them. I am not going to tell you how it ends.
What makes this movie better than some of the other gender change movies I have presented, is that Scotty Fox actually tries to explore the cliches of gender roles, and it quite funny at times. The lead actors also seem to have found the idea of presenting the other sex in their own bodies quite entertaining, and that shows.
I have edited a short clip for you, showing you a few scenes. But do buy the movie. We won't get directors to make more sex change movies, if we don't make it profitable for them!
WARNING! This clip contains scenes of explicit sex and is for adults only!

In the jeans (a taste) from Xandra
Click here to download a MP4 QuickTime version of this clip.
Lagt inn av Xandra kl. 8:36 AM