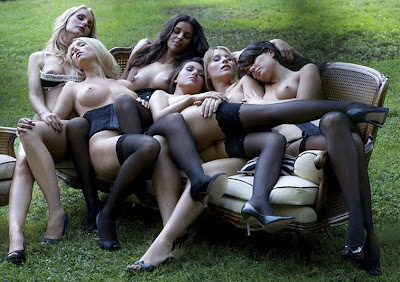 Bren was exhausted.
She had spent a whole month preparing the annual convention of the Rachel's Haven International Society.
There had been enough food for everyone, and the venue was great. The big garden allowed for some privacy and the weather was perfect.
Rachel had held one great opening speech, and guest speaker Alice Novic had made some very funny jokes. Bren was still chuckling inside.
Bren was proud over the fact that she had managed to get Courtney to accept some nudity after the conference.
This had been the best party ever!
Ah well, the spells would be wearing off in a couple of hours. Everyone would go back to their normal lives, while Bren would start preparing the 2011 event. 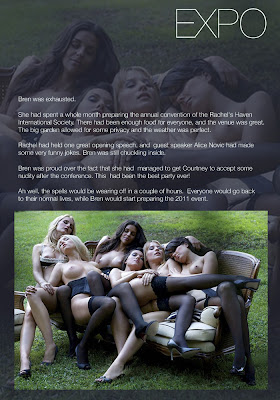 This one is for Bren over at Rachel's Haven.
Lagt inn av Xandra kl. 7:19 AM