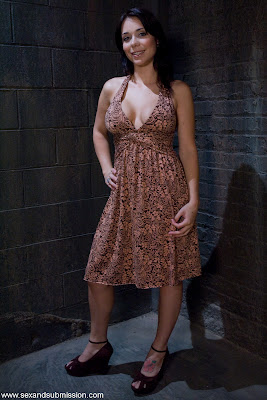 He woke up paralyzed in a bed in the Tiresias Clinic. His life was about to be changed!
Dr. Göbbels is trying to raise a new nazi army on American soil. The goal is to establish the Fourth Reich.
As an insane but brilliant scientist he has managed to unravel the reality of the universe, recognizing that it is all information, ready to be reprogrammed for his sick needs.
Now he is trying to breed his new master race, changing men into future mothers. Not that he succeeds so well. Nature is not a national socialist and she continues to give him women of all races.
This is a band new series that will go on for over a year. Some of the episodes will contain rather rough scenes. I will mark them with the TG Extreme label.
Download PDF!
Alternatively download the PDF version here!

The images are from Sex and Submission.
Lagt inn av Xandra kl. 3:59 AM