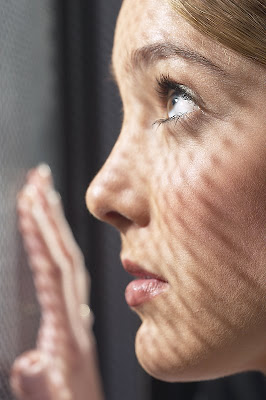 According to a message on the Fictionmania.tv site (Fictionmania's new server), the highly popular transgender fiction site will be back on June 1st.
According to some sources, it is already online, but I cannot access it from Europe at the moment of writing.

However, you may already now submit new stories.

Let's cross our fingers...
UPDATE:
Vickie has posted an update over at the TG Fiction Yahoo group.
Here are a few snippets from her post:
"FM is only on-and-off now-and-then back online, the temporary access URL for test purposes changing. Talea is making last adjustments to the site for its Grand Re-Opening, which is still expected June 1.(...) An Official Announcement (such as a shot from a starter's pistol) is imminent but not yet.

(...) It's been a long, slow, arduous recovery, most thanks due to FM's Founder Mindy for recovering the burnt out server and its program from Canada, then translating and adapting its code from Steve-Jobs-Speak (Mac) to Bill-Gates-Speak (Windows), and collaborating with Talea (also with Carol) to get it functioning again on an accessible new server in another location. Thanks to them too for hearing out the Task Force's opinions and advice.

It will be better than it has been for the past year or two (faster, more directly accessed). There may yet come a call for new Fearless Volunteers willing to help with editing, story preparation and entry, housekeeping, and so on.(...)"
Lagt inn av Xandra kl. 1:01 PM