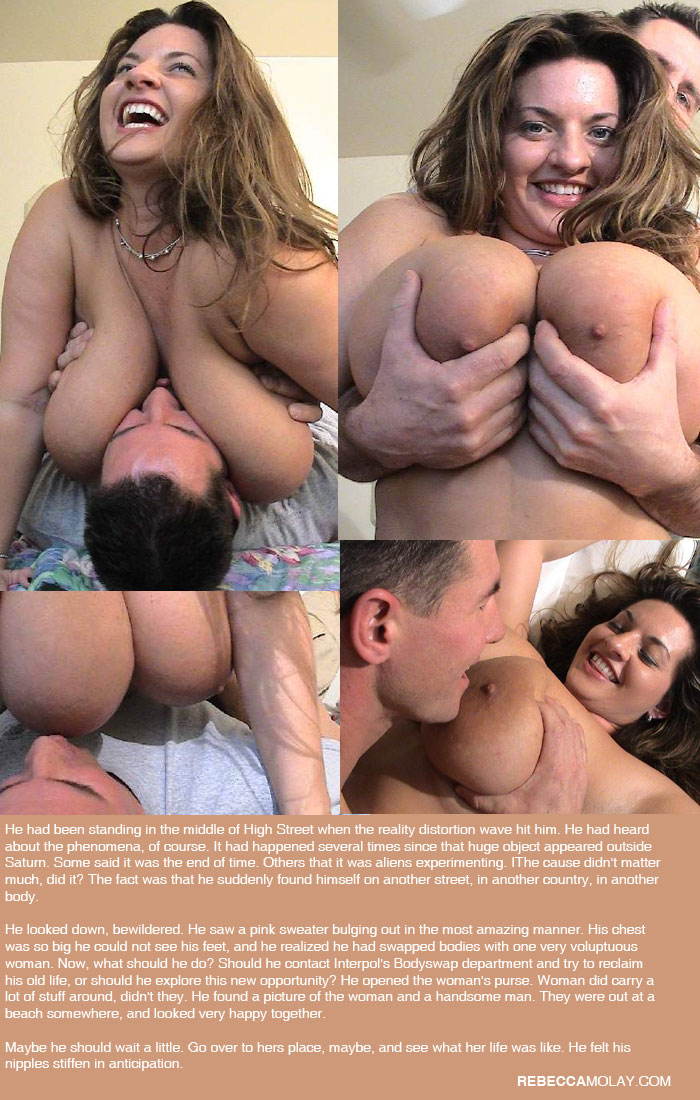 He had been standing in the middle of High Street when the reality distortion wave hit him.

He had heard about the phenomena, of course. It had happened several times since that huge object appeared outside Saturn. Some said it was the end of time. Others that it was aliens experimenting.

The cause didn't matter much, did it? The fact was that he suddenly found himself on another street, in another country, in another body.

He looked down, bewildered. He saw a pink sweater bulging out in the most amazing manner. His chest was so big he could not see his feet, and he realized he had swapped bodies with one very voluptuous woman.

Now, what should he do? Should he contact Interpol's Bodyswap department and try to reclaim his old life, or should he explore this new opportunity?

He opened the woman's purse. Woman did carry a lot of stuff around, didn't they. He found a picture of the woman and a handsome man. They were out at a beach somewhere, and looked very happy together.

Maybe he should wait a little. Go over to hers place, maybe, and see what her life was like. He felt his nipples stiffen in anticipation.