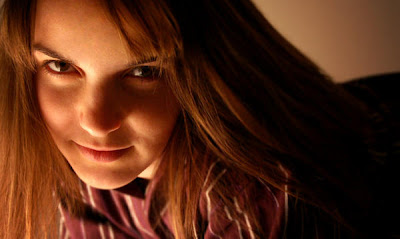 There are actually not that many TG fiction and caption sites out there, but keeping track of them can still be a hassle.

One site that gives a good overview of TG caption groups in particular is Rachel's Toolbox.

Groups are mini-sites for gathering caption files and comments, moderated by the founder. Captioneers are most likely to use Yahoo! Groups for this.

In the link section you will find links to TG cap Yahoo! Groups as well as TG sites of interest.

The site also has sections for how to make captions (including presentations of software) and Rachel's own TG caps.

Rachel is one of the major players on the TG fiction scene.

Not only does she serve as a major inspiration for those of us who would like to develop captions into illustrated mini-stories or flash stories, but she has also contributed in a major way to the development of the TG fiction community. She is, for instance, the mother of the Rachel's Haven online community, a place were I like to hang out.

This is what she says about herself: