Tiresias 8: A glimpse of freedom 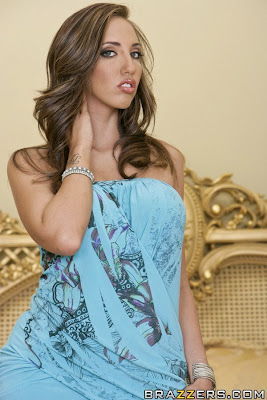 Richard finds himself married as a sexy woman to his high school tormentor. For one day he experiences what it would be like to be a free woman.
Note: This story does NOT contain forced sex (not much anyway!)
Dr. Göbbels is trying to raise a new nazi army on American soil. The goal is to establish the Fourth Reich.
As an insane but brilliant scientist he has managed to unravel the reality of the universe, recognizing that it is all information, ready to be reprogrammed for his sick needs.
Now he is trying to breed his new master race, changing men into future mothers. Not that he succeeds so well. Nature is not a national socialist and she continues to give him women of all races.
Go to Slideshare and click on "full" for the full screen version.
Alternatively download the PDF version here!
The images of Kelly Divine are from Brazzers.
Tiresias 8
View more presentations from Xandra.
Alternative download site.
List of all episodes in reversed chronological order.
Lagt inn av Xandra kl. 1:43 AM