Two small time crooks, Michael and Kevin, have gotten hold of a magical object, the Veil of Ishtar, that helps them give people on the run a new identity. There is a catch: The veil can only turn men into women.

In the first photo comic,  A New Life, a nerdy archeologist called Indy (I am not kidding!) is drawn into the world of Michael and Kevin, who want a old artefact he has access to. The lonely geek soon finds himself in a new life where he is never lonely, but at a price.

In the second story, Maria, a Columbian gangster sees his territory taken over by a rival. He escapes to California, where Michael and Kevin offer him a safe new life. The gangster's assistant gets so intrigued by his boss' new life that he starts exploring new possibilities. 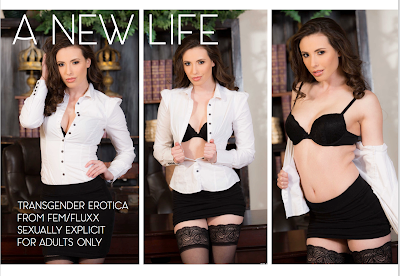 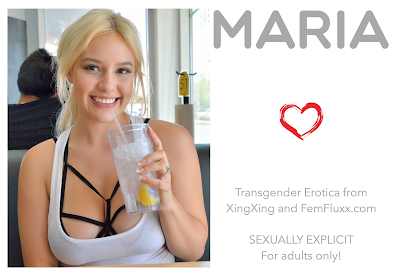