The Misadventures of Ka-Ron the Knight 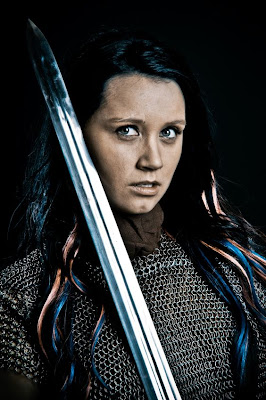 Why should you buy transgender fiction, when you can get so much for free?
The answer: When the story in question is so good that you have to read it.
(Besides, the best authors do deserve something in return for all their hard labor).
The Misadventures of Ka-Ron the Knight is unusual in many ways. It is in fact a full length novel, not the 10 pages some offer as transgender books.
Moreover, it is a full fledged fantasy novel in its own right, beyond the magic transformation stuff that is bound to get you interested.
I am an avid reader of science fiction and fantasy novels, although I must say I find most of what is offered as fantasy these days repetitious and full of cliches. Tolkien has already written Lord of the Rings. We do not need another, and another and another.
Some authors do manage to bring something new to the genre, however. Robin Hobb comes to mind. She transfered the genre from a traditional medieval setting and over to a seventeenth century like universe, changing the roles of dragons in the process.
Donald Allen Kirch manages something of the same in The Misadventures of Ka-ron the Knight. The setting starts out as traditional medieval, but new elements are added all the time, turning it into a Terry Gilliam like well of ideas. Ancient magic is mixed with steam punk science. Sure, there are elves and dwarfs, but they are not quite as you have seen them before. Especially the dwarf turnes out to have a surprise up his sleeve.
Our protagonist, Ka-Ron, gives his name to the book. Somehow he manages to piss off a mighty witch, which leads to him having to spend most if the book as a sexy female knight. His squire, Jatel, finds this especially confusing - for many reasons.
It is an entertaining book, an exciting book, and an erotic book. I highly recommend it!
Donald Kirch lives in Kansas City, Missouri. He is an avid reader of history, Sherlock Holmes Mysteries, and the paranormal. He has a degree in Radio and Television Arts. He has written several books, some of them touching upon magic and the paranormal.
The Misadventures of Ka-Ron the Knight