I am still exploring my reality distortion series, as it give me the possibility of exploring what would have happened in the lives of regular men if they were to be changed into women.

You know, without all the commandeering witches and wizards and all that.

The reality distortion bombs were exploded over the cities of Los Angeles and San Francisco by urban terrorists. The bombs tore holes in reality leading to an exchange of cosmic code between parallel universes. 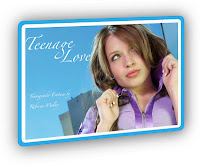 Men suddenly found themselves stranded in the bodies of women from a parallell world, while -- I guess -- their own bodies have become the property of the women in that other universe.

Yes, it is difficult to understand, I know, but if you buy me a glass of chilled white wine one day I will write down the quantum equation on a napkin.

Anyway, in this story we follow another changeling, a teenage boy who is trying hard to adapt to his new life as a woman. He gets an invitation for a job interview. Turns out his contact is interested in more than a job.

This is actually one of the stories where the character decides to go in another direction than I had originally planned. This one turns out to be one tough girl, indeed.


You can download the full screen PDFs from here or here!

The photos are taken from the hidden chambers of Brazzers.com.

Click here to read the story over at Slideshare!