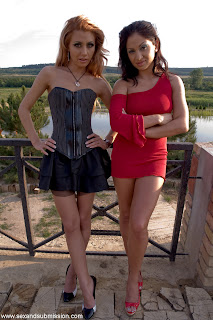 Now he is trying to breed his new master race, changing men into future mothers. Not that he succeeds so well. Nature is not a national socialist and she continues to give him women of all races.

This is the story about two men who end up in a brothel.

WARNING: This story contains forced sex! Remember: This is only a fantasy!

The images of are from Sex and Submission!